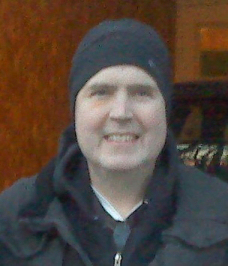 March 5, 2011: 5am, excruciatingly severe headache brought me to the point of getting dressed as I planned on driving myself to the ER. My wife said "No you're not, I'm taking you". Within a very short time I found myself with a morphine IV, and 3 different scans performed to confirm the cause/source: a golf ball-sized mass behind my right eye. To summarize, I was quickly whisked away into the medical "protocol" where I spent four days in Parkview Main hospital (wonderful people, btw), had biopsy surgery, then released with the diagnosis: Glioblastoma (GBM). Needless to say it was the biggest, most sudden eye-opener of my life. Recovery: Learning the nature of this type of condition left us with an urgency to take immediate action and not waste time. Treatment method: A combination approach of conventional/traditional treatments, supplemented by common sense, high nutrition, natural efforts, and mental/spiritual strength. That is how we proceeded, all the while maintaining the best state of mind and attitude we can, one stage at a time. First was the traditional 6 weeks of radiation and chemo (Temodar). Obviously it's difficult to poison yourself back to health so I decided to take more responsibility.

Once I could be home on a regular basis I set up a"sanctum in my bedroom where I could study/pray/meditate/breath and just sort things out. In my case I had to become very VIGILANT, mentally, about what I allowed in to my mind. Deliberately allowing only positive thoughts in and keeping guard to not prevent anything negative to enter. A skillI've built over years of study/practice and will always treasure. There was so much content coming at me from every angle that I had to set up boundaries. I even had a hand signal for the family when I felt the need to go read from my treasure of self help books or meditate and they knew to leave me a alone so I could sort things out. My family was very supportive in this, thankfully.

Positive ATTITUDE and STATE OF MIND is truly half the battle if not more. I've heard this so often from people who've beat it, so I knew what had to be done.

Sooo, after my diagnosis I felt like I was quickly ushered into the standard /textbook/protocol / treatment. Which I basically was. "It" was considered inoperable. Anyway, they referred my treatment the Golden Standard treatment for GBM: 6 weeks of radiation / oral chemo. It went fairly quickly for me and I never had nausea fortunately. This was followed by a year of lower dose maintenance chemo.

10/14/11 Once I started the Gerson diet (lots of raw veggies & fruit) No sugar.) I began getting some impressive MRI scans. The oncologist was impressed and said "keep doing whatever you're doing." One scan actually showed an empty mesh material where a tumor "used to be". So obviously, the raw diet and green chlorophyl alkalizing was effective, thus I continued and got more good scans.

11/16/2013 However, Thursday, 7th, just when I thought I had everything under control–and was feeling great (it's been almost 3 years!) I had a seizure that put me back in Parkview Hospital for over 2 days. The tumor in my upper right temporal had returned and I had lost use of my left arm. The ONLY good thing about this is that now the tumor was accessible for surgery for the first time in one single spot. So we decided to go forward with it. So glad I did it. I'm home now recovering swiftly with very little, if any side effects. Feels wonderful to be normal again and walk the dog, get the mail, etc. AND I'm back to work providing estimates for my work! www.bthompson.net

My staples come out in 2 weeks. Can't wait. Also, at that time will begin a very promising non-chemo treatment called Avastin which is a super-drug that targets only cancer cells and cuts off their bolos supply. It's been successful across the board with the exception of breast cancer.

This is where I'm at currently and can only see things improving from here on, as I'm slowly being taking off all the meeds one at a time. Knowing now, that my personal efforts have pay off has given me confidence. Be vigilant with what you allow into your mind and my body. Allow only the good.

I do hope someone is able go GLEAN something useful from my story. It's been a long 3 year journey but so much wisdom has been gained and hopefully this story or of survival will help someone along the way. That's my hope. My very best to anyone about to enter this journey. All the very best.

Send a message to Bryon!