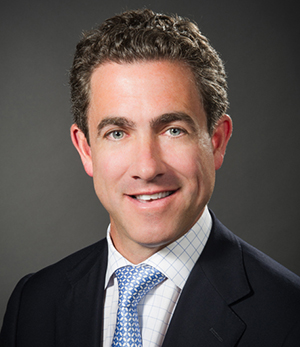 Dr. Boockvar is the Vice Chair of the Department of Neurosurgery at Lenox Hill Hospital and Director of the Brain Tumor Center, and the Pituitary/Neuroendocrine Center of the Department of Neurosurgery and the New York Head and Neck Institute at Lenox Hill and Manhattan Eye, Ear and Throat Hospitals. Dr. Boockvar is a Professor of Neurological Surgery and Otolaryngology/Head and Neck Surgery at the Zucker School of Medicine. Dr. Boockvar is an investigator at the Feinstein Institute for Medical Research where he directs the Laboratory for Brain Tumor Biology and Therapy.

Dr. Boockvar is internationally known for his surgical expertise and for providing patients with safe, effective, and minimally invasive treatment for brain tumors, skull base disorders, and disorders of the spine. Dr. Boockvar's surgical expertise is in benign and malignant brain tumors, skull base and endoscopic pituitary surgery, spinal and peripheral nerve tumors, minimally invasive spinal surgery, and complex spinal disorders. Dr. Boockvar has been recognized for his novel research in brain tumors and stem cell biology. Dr. Boockvar has been repeatedly named to the lists of New York Magazine's Top Docs, Best Doctors in New York-Castle Connolly, New York SuperDoctors, America's Top Surgeons, America's Best Doctors, and America's Best Doctors for Cancer. His research has been widely published and he has received numerous national awards including the Eric Lichtenstein Humanitarian Award from Voices Against Brain Cancer for his compassionate work in treating patients with brain cancer. In 2016 Dr. Boockvar was elected to the prestigious Academy of Neurological Surgeons. In 2017 he was elected to the Senior Society of the American Board of Neurological Surgery.

Dr. Boockvar has been repeatedly featured on CNN, ABC, CNBC, CBS, and Fox News Channel, and has appeared on The Dr. Oz Show as well as in the New York Times, New York Daily News, and Crain's Business Journal among others. Dr. Boockvar was a featured neurosurgeon on the ABC hit show NY MED. In 2016, He was one of only two neurosurgeons in the nation to be featured in the documentary "Surviving Terminal Cancer". Most recently, Dr. Boockvar was featured on a special episode of the Dr. Oz Show on brain tumors, Good Morning America and the Today Show with Megyn Kelly. Dr. Boockvar is also an honorary surgeon of the NYPD and the New York State Troopers.

Dr. Boockvar currently co-directs the Laboratory for Brain Tumor Biology and Therapy at the Feinstein Institute for Medical Research. His laboratory interests have focused on adult human neural stem cell biology as it relates to brain tumor formation and resistance to therapy. Dr. Boockvar is a world expert on blood brain barrier disruption to improve the delivery of therapeutics to the human brain. Dr. Boockvar is the principal investigator of several cutting edge clinical trials using blood brain barrier disruption to deliver high dose chemotherapy for patients with malignant brain tumors that have been featured in the New York Times and Wall Street Journal. Dr. Boockvar has served as Editor-in-Chief of the journal Current Stem Cell Research and Therapy and is an editorial board member of the Journal of Neuro-Oncology, Neurosurgery, Journal of Neurosurgery, and Recent Patents on Anti-Cancer Drug Discovery. Dr. Boockvar directs the Brain Tumor Biotech Center at the Institute that seeks to bridge the translational gap between basic and clinical science for patients with malignant brain tumors. Dr. Boockvar's laboratory has been funded by the National Institutes of Health and he was recently awarded the American Association of Neurological Surgeons Pinnacle Partners Award for his research into brain tumors. He has also won research awards from Voices Against Brain Cancer, the American Brain Tumor Association, the Starr Foundation, Anspach Companies, and the Adelson Foundation.

In 2007, Dr. Boockvar received acclaim for helping to save a window washer who had fallen 47 stories. By operating on both his brain and spinal cord, Dr. Boockvar not only saved the man's life but helped him to walk again and regain normal functioning (see The New York Times article about the surgery, as well as a 2014 update on the patient in the New York Post). Dr. Boockvar has been on the cover of The New York Times Science Times twice. On November 9, 2010, the anniversary issue of the Science Times asked science reporters and top researchers to provide their watch list for noteworthy advances in 2011 and to identify which "fields are hot." This list included Dr. Boockvar and the studies he is conducting for people with Glioblastoma Multiforme (see article).