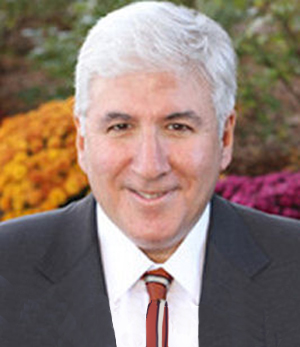 Dr. Arno H. Fried has more than two decades of experience in treating both pediatric and adult neurosurgical disorders.

Dr. Fried specializes in complex brain surgery for both children and adults. He specializes in surgery for brain tumors, epilepsy, head trauma, and hydrocephalus, with over 500 epilepsy surgery operations successfully performed. Dr. Fried and his team are skilled in treating diseases and disorders affecting the nervous system, including the spine, spinal cord, and peripheral nerves, with a substantial focus on spasticity in adults and children resulting from cerebral palsy, multiple sclerosis, trauma and stroke. Dr. Fried has extensive experience in craniofacial surgery and intracranial physiology in pediatric head trauma. He and his group were one of the first groups in the region to utilize minimally invasive approaches in neurosurgery including for the treatment of hydrocephalus, brain cysts, brain tumors and craniosynostosis using an intracranial endoscope. They treat many children with spina bifida and tethered cord syndrome.

"When families place a child in our care, they can rest assured that we understand the trust that they have in us," Dr. Fried says. As a husband and father of two sons, Dr. Fried remembers the overwhelming anxiety and fear that he faced when one of his sons, who went on to become a college athlete, was treated for cancer. Dr. Fried has pledged to himself to ensure that the practice's patients are treated with gentleness, care, courtesy, and respect. Importantly, Dr. Fried's governing principle is that "we do everything humanly possible for our patients, and treat children as if they were our own." This principle combined with extensive experience is the hallmark of Dr. Fried's practice.

Dr. Fried and the practice also coordinate and facilitate the involvement and integration of necessary physicians, professionals and treatment plans. He is also personally reachable 24/7.