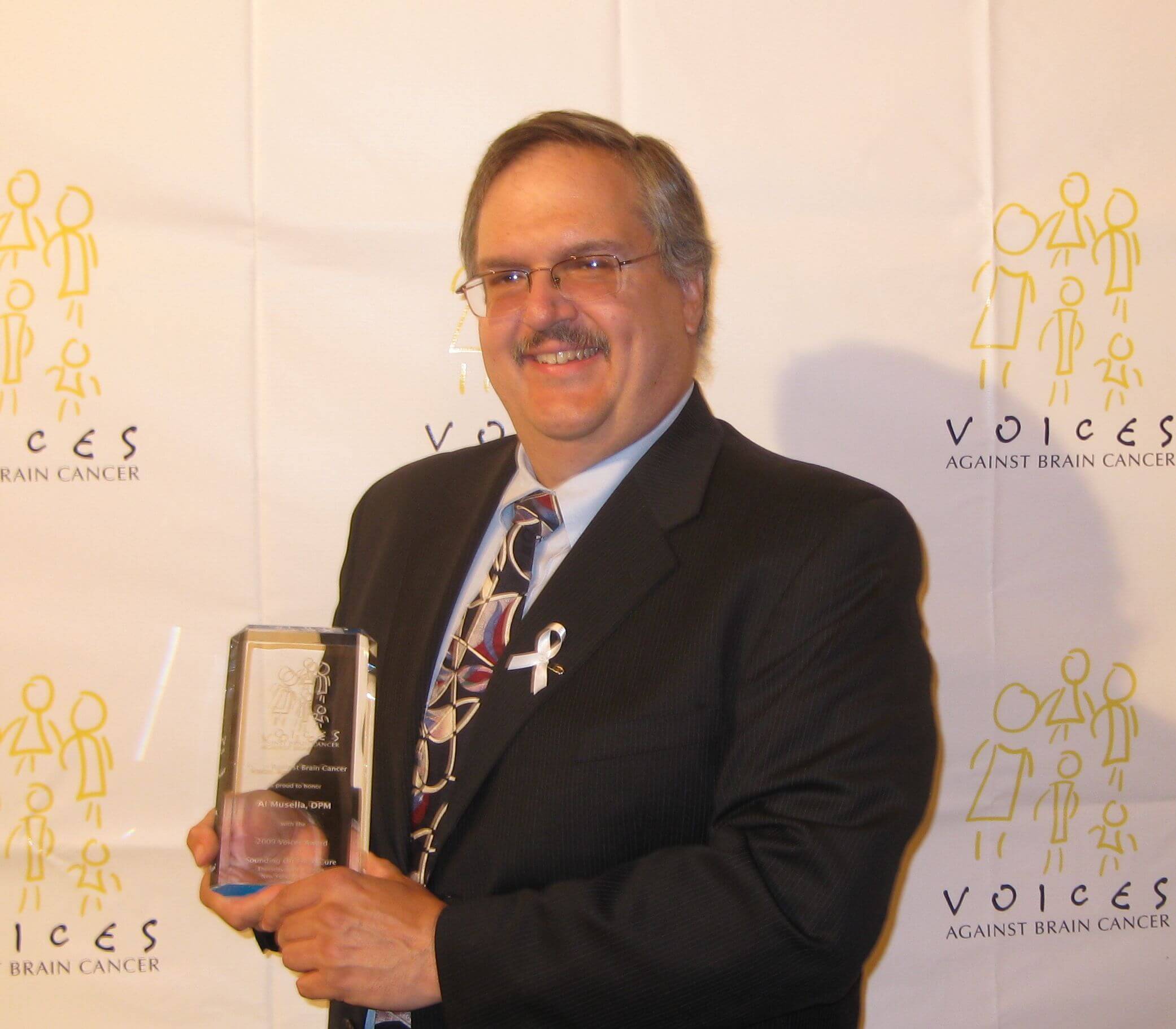 We have awarded over $7.25 million (as of July 2020) in direct patient assistance to help patients get the treatment they need!

This website. It all started as the first online support group dedicated to brain tumors, on Compuserves, in January 1993. A companion website was created later that year - hosted under Rand Hove's company website. It later moved to its own domain name, virtualtrials.com, in 1996, where it became one of the premier sources of information for brain tumor information, as well as hosting many online support groups, chat rooms, newsletters, articles, and the database of clinical trials. We were the first to offer free video of brain tumor conferences and now have a huge multimedia library on topics important for brain tumor patients. Al Musella ran it all as a volunteer for the first 5 years, then when it became overwhelming, timewise, for him, the Musella Foundation was formed in 1998 and he became an employee of the foundation and gave up 2 of his 3 medical offices to allow more time to dedicate to brain tumors. The office of the foundation is currently run out of his medical office in Hewlett, NY. As a side note - we are often asked why the site WAS virtualtrials.com and not virtualtrials.org - since it is now run as a non-profit. It actually has both addresses. virtualtrials.com was more popular because it was in use and widely known for years before the IRS granted us non-profit status, and there were already many links to the .com version, so we kept the .com name for a long time and only changed to .org as our main site at the end of 2020!

This is a study of brain tumor patients, what treatments they had and the outcomes. Our hope is to identify combinations of treatments that may work better (either longer survival times, or higher quality of life) than currently used treatments. When we find combinations that look promising, our medical advisory board will test them in standard clinical trials. An offshoot of this is the Long Term GBM Outcome Project, which will try to form a large database of the long term survivors and try to figure out why they are beating this when many don't.

We have run a few letter writing campaigns which had major impacts on the lives of brain tumor patients.

Dr. Musella testified at the FDA hearing to help get Optune, Glialan approved!

The man behind the Musella Foundation


How can you help?

Al found a few clinical trials that would accept Lana, after being told by a few major brain tumor centers that there were none. She did very well for a while, getting to see her 4 kids grow up, then unfortunately died of a recurrence on October 25, 2000. She lived over 8 years after being told she only had a few weeks left. Many of those years were in excellent condition, with her taking care of her kids, working, driving and enjoying life.

For questions or comments, please: