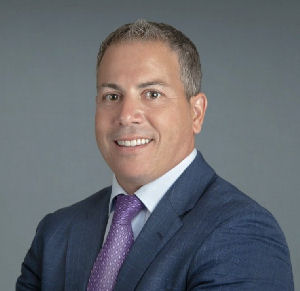 Dr. Tessler is a neurosurgeon who specializes in the treatment of primary brain tumors, metastatic tumors, meningiomas, stereotactic surgery, and radiosurgery. Dr. Tessler is Chief of Neurosurgery at NYU Langone Hospital - Long Island. He is board certified by the American Board of Neurological Surgeons and a Fellow of the American College of Surgeons. Dr. Tessler grew up in Syosset, Long Island, the oldest of three brothers. He received his undergraduate degree cum laude from Duke University in Durham, North Carolina, and completed Post-Baccalaureate studies at University of California, Los Angeles, California. He obtained his medical degree at The Ohio State University College of Medicine and Public Health, Columbus, Ohio.

At the Department of Neurological Surgery, New York University Medical Center and Bellevue Hospital Center in New York, New York, Dr. Tessler served as Intern, progressed to Resident, and then became Chief Resident. Previously, Dr. Tessler worked at the University of Florida's Center for Neurobiological Sciences. He obtained certification in both Gamma Knife and Cyber Knife Radiosurgery. Dr. Tessler has served as the Executive Director of the Long Island Brain Tumor Center, President of the Nassau County Medical Society and as President of the Medical Staff of Mercy Medical Center. In 2008, Dr. Tessler was appointed as Assistant Professor of Neurosurgery at NYU Medical Center and was subsequently promoted to Clinical Associate Professor of Neurosurgery at NYU Grossman School of Medicine. He is currently the Chief of Neurosurgery and Chief of Neurotrauma at NYU Winthrop University Hospital. Dr. Tessler serves on the Medical Advisory Board of The Musella Foundation, Voice Against Brain Cancer, and the Aleh Foundation.